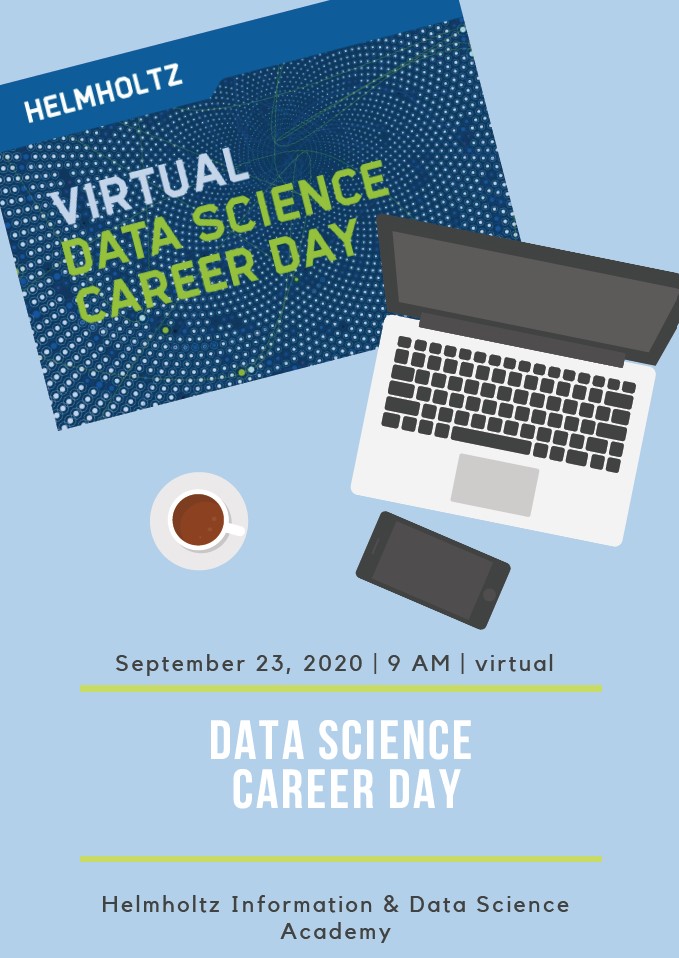 Are you a data scientist looking to contribute to solving major challenges facing society, science and the economy? Then visit the Helmholtz Virtual Data Science Career Day and jump-start the next step in your career.

Attend our conference and learn more about career paths in Data Science from renowned scientists working in different research areas.

Learn about Data Science career opportunities in these fields:

In various keynotes and panels during the Data Science Career Day, outstanding data scientists provide insights into their professional career. Take the opportunity and ask your questions in the Q&A sessions. Learn more about our keynote speakers here.

is an outstanding and internationally recognized scientist in the field of artificial intelligence and Data Science in Earth observation, with a particular application focus on societal grand challenges.

„Mathematics and natural sciences: These are precisely the disciplines where many think men are better at it. I was tremendously motivated to show that we women, too, can achieve a lot in these fields.“

Xiaoxiang Zhu studied aerospace engineering in Changsha, China, and completed the Earth Oriented Space Science and Technology (ESPACE) program in Munich. Xiaoxiang Zhu heads the Earth Observation Data Science department at DLR in Oberpfaffenhofen. She also teaches at the Technical University of Munich. Xiaoxiang followed the call of the university in 2015 and became one of the youngest female professors in Germany at the age of 30. Xiaoxiang is involved in many Helmholtz information and data science activities and since May this year, she is also the director of one of the three international future AI Labs in Germany. Xiaoxiang is a pioneer in bringing artificial intelligence and data science together with Earth observation for retrieving valuable geoinformation from satellite remote sensing and other data sources. Her sophisticated big geodata analytics solutions enable breakthroughs in geoscientific and environmental research. Her current endeavor is the fusion of petabytes of data from satellites and social media, fermented with data science algorithms, for tackling unprecedented, large-scale, influential challenges, such as global urbanization, climate change and UN’s SDGs. Xiaoxiang has received several scientific awards and is the winner of the Leopoldina Early Career Award 2018.

has been Professor at the Max Delbrueck Center in Berlin since 2012, with a primary appointment in the Department of Biology and a secondary appointment in the Department of Computer Science at Humboldt University Berlin. His work focuses on using computational approaches, mainly from machine learning, to decode gene regulatory programs. He is currently co-director of the DFG-funded international graduate school "Dissecting and Reengineering the Regulatory Genome" as well as the Helmholtz Einstein International Berlin Research School in Data Science. He is a member of the Berlin Center for the Foundations of Data and Learning.

„I am a computer scientist and systems biologist – for me a fascinating interplay of disciplines, because Data Science helps to order and understand the manifold interconnections of nature.“

Uwe Ohler studied computer science with a minor in biology at the University of Erlangen-Nuremberg. During a student research project involving computational DNA sequence analysis, he became fascinated with computational biology and started his PhD research at the Chair for Pattern Recognition. He was a Boehringer Ingelheim pre-doctoral fellow and a visiting researcher with the Berkeley Drosophila Genome Project. Ohler obtained his PhD with distinction in 2002 for the McPromoter system for computational identification of promoters in eukaryotic genomes. Before returning to Germany, Uwe lived in the US for more than a decade and followed his interests in gene regulation and applied machine learning. In 2005, he joined the faculty of the Institute of Genome Sciences & Policy at Duke University, Durham NC, USA, where he received tenure in 2011. He taught in the cross-departmental graduate program in Computational Biology & Bioinformatics, and was core faculty of the Duke Center for Systems Biology. During this time, Uwe received fellowships from the Alfred P Sloan Foundation, as well as HFSP, NSF CAREER, and NIH Transformative Research awards.