Can artificial intelligence develop consciousness? How could this work at all, and what would it mean for us? In 12 episodes, a new KIT research podcast systematically explores these questions at the border between man and machine in discussions with experts.

The topic of artificial intelligence, or AI for short, has long since crossed the boundaries of science and technology: science fiction films have always speculated about the possibility of self-confident AI, but, in the meantime, the potential and threats of the new technology are also being widely discussed in society. Often the question is whether AI is capable of developing consciousness - and what consequences this could have for us. These and similar questions are explored in the new science podcast "Self-Conscious AI" initiated by the "AI Consciousness" research group of the Karlsruhe Institute of Technology (KIT). The group is headed by Karsten Wendland, who conducts research on computers and consciousness at the Institute of Technology Assessment and Systems Analysis (ITAS) of the KIT: "The point is to take the topic out of the secret corner and present it in such a way that citizens know what they are dealing with," says Wendland.

In twelve episodes each week, the podcast highlights a different perspective on the topic of "AI consciousness" in discussions with renowned scientists. The experts come from different research fields such as robotics, psychology, philosophy, law, history of technology, neuroscience or theology.

New episodes are scheduled on Tuesdays until 1 December. In a joint final discussion on December 7, questions from the audience will be explored together with all participants.

The podcast is in German. 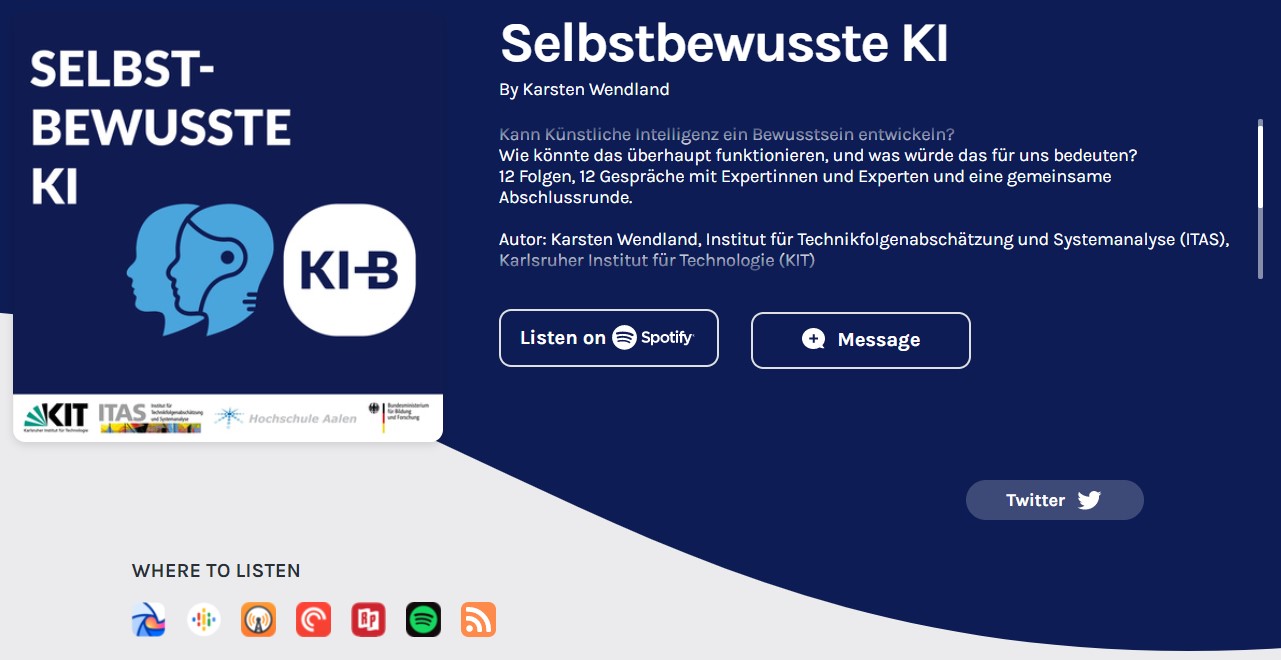 All episodes can be heard via various podcast providers as well as via the project website www.ki-bewusstsein.de, where further information on the topic can also be found.

Intelligent models make it possible to analyze complex environmental systems and make reliable predictions about how they will react to human influences. Sabine Attinger develops such models at the UFZ in Leipzig - a video portrait.

Pollen analysis is important, enabling us to better understand the interaction between pollinators and plants in climate change, for example. Besides the laborious examination of pollen under the microscope, there is now an automated analysis method - based on AI.

Helmholtz scientists want to make batteries more powerful, more environmentally friendly and cheaper. In their search for new materials, they also use artificial intelligence, robots and supercomputers that can develop complex battery models.